Beyond The Bio: Armand Baltazar

Hi, I'm Kevin. Today I'm accompanied by Armand Baltazar, a talented artist as well as storyteller, who's here to talk with me about his new book Timeless: Diego And The Rangers Of The Vastlantic. In just a few days, bookshelves will be stocked with a world where time periods collide! Armand has previously done artwork for Disney, Dreamworks, and Pixar. I cannot wait to get my hands on the final copy complete with color! You can win a copy for yourself! Just stick around to the end of the interview to find out how.

Kevin: How would you describe your book to readers who haven't heard of "Timeless" before?

Armand: Timeless is an illustrated science fiction adventure novel inspired by both classic stories like Treasure Island, Twenty Thousand Leagues Under the Sea, and modern ones like Dune and Harry Potter. The story follows four kids, each from a different time and culture as they journey across our world fantastically changed by the fragmentation of time in order to save it and the people they love. Timeless is also a visual story infused with the wonder, spectacle and awe of such films as Star Wars and Lord of the Rings series. With nearly 200 full color illustrations...it is a classic adventure story that reads and feels like an epic cinematic movie.

Kevin: What influenced you to start incorporating your amazing drawings with a just as incredible story? BTW, I got to read an advance copy in black and white, so I really can't wait to see your masterpiece in color!

Armand: I love classic illustrated novels like Treasure Island by Robert Louis Stevenson and illustrated by N.C. Wyeth along with a slew of comic book and graphic novels, and especially books like Dinotopia written and illustrated by James Gurney. These all had a huge influence on me. I love when words paint pictures in your imagination. And I love when pictures give the story a visual soundtrack. I wanted to do the same as both the storyteller and illustrator. 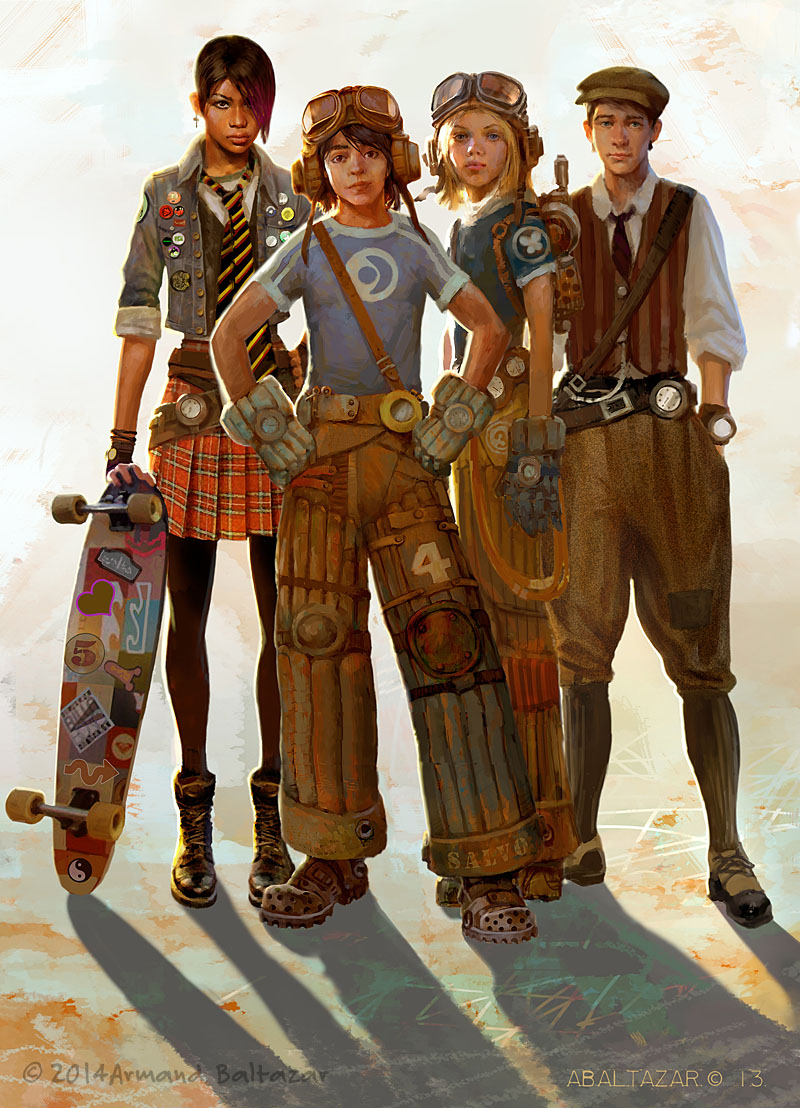 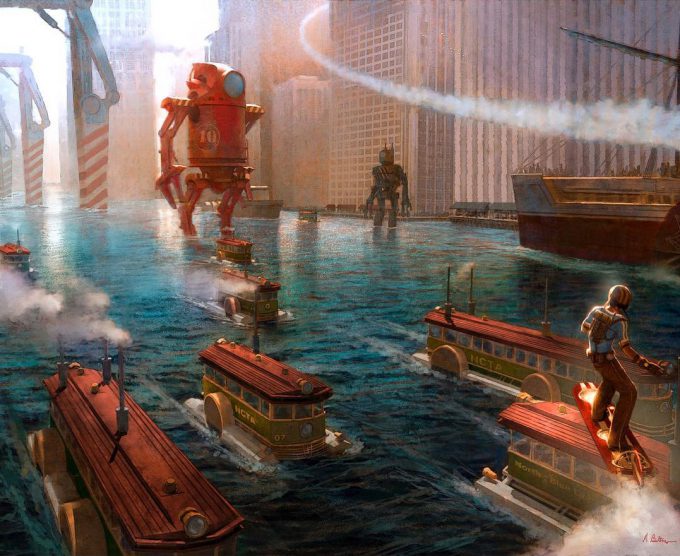 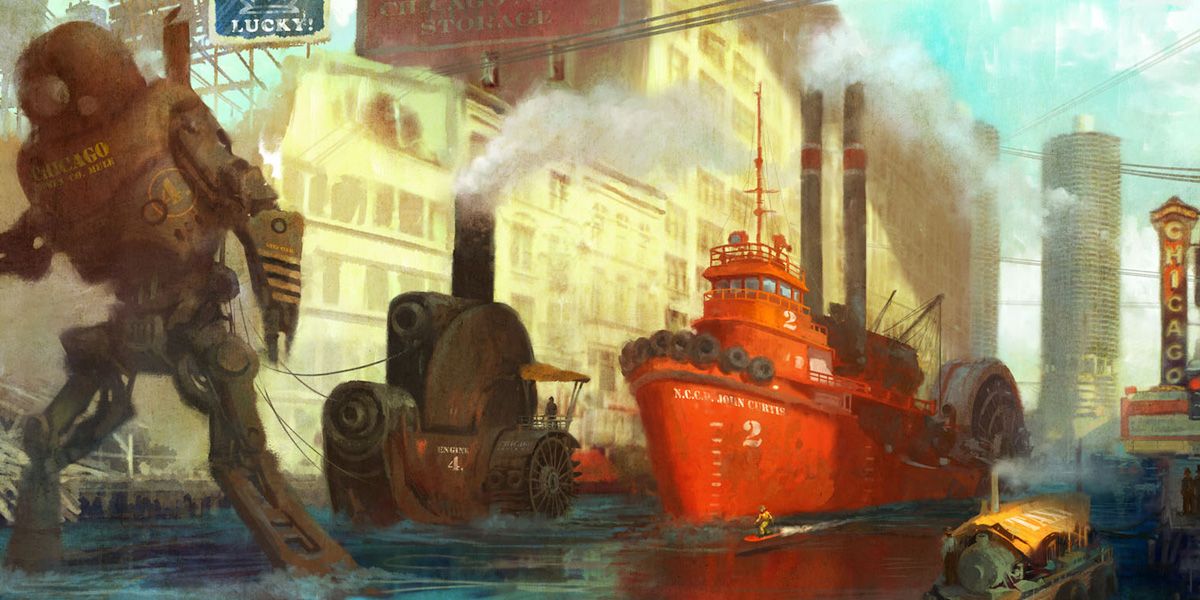 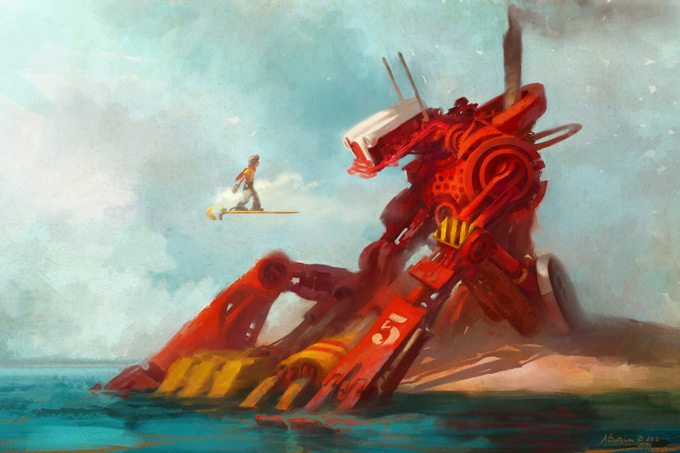 Kevin: If you could choose between soaring the skies like Diego's mother or constructing complex creations like Diego's father, which would you pick?

Armand: Oh that would be a hard choice!! They both appeal to different parts of me. But the high octane thrill seeker in me might lead me to choose soaring the skies as I've had a taste of Santiago's creative passions in my own way!

Kevin: Diego's dad, Santiago, is such a wise man and he reminds so much of Atticus from "To Kill a Mockingbird." What inspired you to make this brilliant character?

Armand: Santiago was inspired from several people in my life and from fiction. Firstly my own father who is a passionate man which pursued his dreams with dogged determination and optimism. My grandfather was an accomplished attorney and was wise and thoughtful. He was the kind of person who would think things over before speaking whether the problem be big or small. And as a young man I was always struck by the character of Duke Leto Atreides from Frank Herbert's science fiction masterpiece "Dune." Duke Leto was loyal, selfless, and morally strong. He had seen the worst in men and seen war but still had faith in the good. He spoke and acted on of what was right, just, and needed to be done despite the consequences. His character was in the book for only a short time but his life's example had such a profound impact on his son in the story. These were all things I saw in Santiago.

Kevin: I got the opportunity to visit Venice Beach this summer with my family and was wondering about the recurring coastal scenes. Did you have any places you based your beautiful beach settings on?

Armand: A lot of the beaches and tropical locations were inspired in part from my Filipino heritage. When I was a boy my family would visit some of the most stunning beaches and waterfalls on the most exotic islands in the Philippines. I remember these islands and bays as truly awe inspiring. I took those memories and that of my visits to the great Na Pali coastline of Kauai to inspire the pirate stronghold of Volcambria and the allosaur island.

Kevin: In the beginning of the book, Diego gets caught up with bullies that treat him harsh solely because he is different. What advice would you give teens going through a similar problem?

Armand: When we are a teenagers, we are a kind of work in progress. We are figuring out who we are, what we think, and what we believe. Pushing your own limits and occasionally pushing those of others. It is a difficult time and when you are confronted by bullies...first, you need to be strong in knowing your own worth above all else. Your sense of self is a great strength and shield against harm. Second, think clearly about the situation as well as your limitations and strengths. From that you can draw upon the courage to act smart and with the big picture in mind. If you can walk away, then walk away and avoid having the confrontation escalate and then talk to parents, teachers, friends that you trust and let them know what is going on. Rely on the people who care about you to get involved in your well being. Don't get hung up on pride or think that to walk away is weakness–you are not the one in the wrong, you are stronger for prevailing in the end. Third, learn how to protect yourself physically and mentally. Knowing that you can protect yourself empowers you to walk away. But if you are cornered and without options...protect yourself and those you care about however you can, get away from harm, and immediately alert your parents and teachers.

Kevin: In "Timeless" there are three different eras that humans can now live in due to the Time Collision. Would you rather be a Steam Timer, Mid Timer, or an Elder?

Armand: In the Book, people are taken from their time and now must exist with people from other times. As different cultures in time they choose to live in the parts of the city, or parts of the world that come from their own time and with people of their own or close to their own time. I think in some ways it would be fascinating and exciting no matter the choice as long as you have an open mind, a sense of adventure, and a healthy and active curiosity about the people, place and history of that time's culture...BUT if I had to choose, I would pick Mid Timer and then venture into the Steam Timer and Elder areas and absorb and experience living history first hand!

Kevin: Diego and his father were blessed with a special ability that allows them to do things other people can't. Are there any other special abilities that we'll see in future books?

Armand: I would like to answer that one completely but I think you'll have to wait and see!

Kevin: Diego and his crew are the center of attention in "Timeless." Will the sequel focus more on another character or will we continue to follow Diego and his fellow rangers?

Armand: Timeless is an epic adventure in every respect. We follow the characters and their story as it circumnavigates the world and crosses the very spanse of time itself. At its center is Diego and the people he cares about, but like many epic stories it will expand from there and the mosaic of different characters and their tragedies and triumphs will weave together to form the tapestry of Timeless!

That’s it for today’s interview with Armand, but don’t leave just yet. We’re teaming up with Armand to give away a hardcover of Timeless: Diego And The Rangers Of The Vastlantic. Just click on the image below and enter to win a copy for your bookshelf or classroom. The contest ends on Tuesday, October 3rd, and the winner must live in the United States. Good luck! Be sure to come back again next week when Essence will be interviewing Eileen Cook about her terrifying new book, The Hanging Girl.

Open Your Mind To The Supernatural

Let's Talk About Your Panic Attacks